Reasons to Study in Germany

Reasons why Germany is Considered to be the best Educational Destination 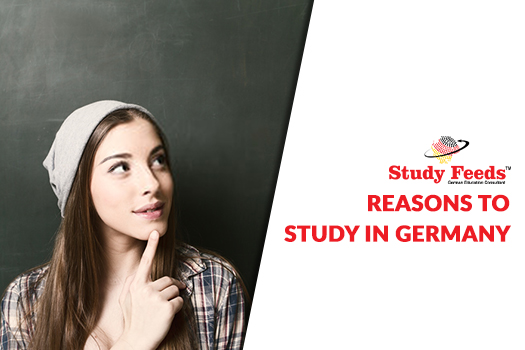 Are you wondering out of so many well-reputed countries in the world, which country would be the best for you to acquire your further studies without any problem? Well! Germany is one of the most sought-after countries which will definitely make your future bright and successful. It has been quite a few years that students are gradually knowing about the eminence of German education and wish to study at the German Universities. To make their dream come true, they even take help of the best German language course in Delhi so that they can prepare themselves well before stepping into the German territory.

But, if you are not sure whether you should too choose Germany as your ultimate study destination, then here are some of the best reasons why Germany is the best option for your further study aspiration.

Believe it or not, but education in Germany is provided free of cost in all the Public Universities. They tend to offer equal education to the students coming to their Universities to impart knowledge. No matter if the student is from Germany or any other corner of the world, free education is for all. This is one of the most common reasons why students wish to study in Germany.

The inexpensive living in Germany along with free education is another great reason why students want to continue their further studies in Germany. It is very easy to get a dwelling for yourself in Germany matter what your budget is because you can get a comfortable living space at a highly-reasonable rate in Germany. Moreover, the traveling costs are also too less because once you become an official student of any German University, you will be given the perk of traveling in the German public transport at either discounted rates or absolutely free.

Acquiring a degree from a German University is really a big deal because German Universities have a great reputation across the globe. No matter if you are trying to get a job in Germany or any other country, you will certainly get an upper hand if your interviewer sees that you have attained your Degree from a German Institution. Also, you can think of joining an organization in Germany itself as they provide extensive perks to their employees along with high pay scale as well.

Now that you why Germany is considered one of the best reasons to study further, make it a must to choose Germany as your final abroad study destination. Also, to prepare yourself well as per the German education system, do not forget to get help from the top German language institute in Delhi.